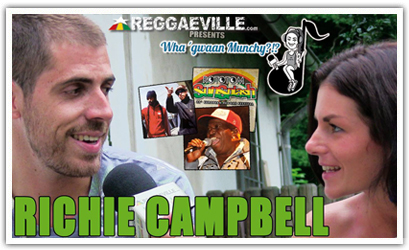 What is so magical about Jamaica, that it makes his lyrics flow easier and the music sound better? Portuguese singer Richie Campbell tried to find out and took advantage of the island’s energy delivering his latest album In The 876 from there. While on the same name tour he stopped at Reggae Jam festival in Germany and joined Wha’ Gwaan Munchy?!? to speak not just about the record, but new music videos, the production with Niko Lifeline Browne, and future works. Apart from Germany’s most popular reggae festival in Bersenbrück the Reggaeville team also visitied Reggae Geel in Belgium with its superstar line up including Barrington Levy, Jah Sun and Lion D present their new video for Resistance, and we are excited about Rototom in Spain, that presents an amazing line-up just like last year, when Shaggy mashed up Benicassim.