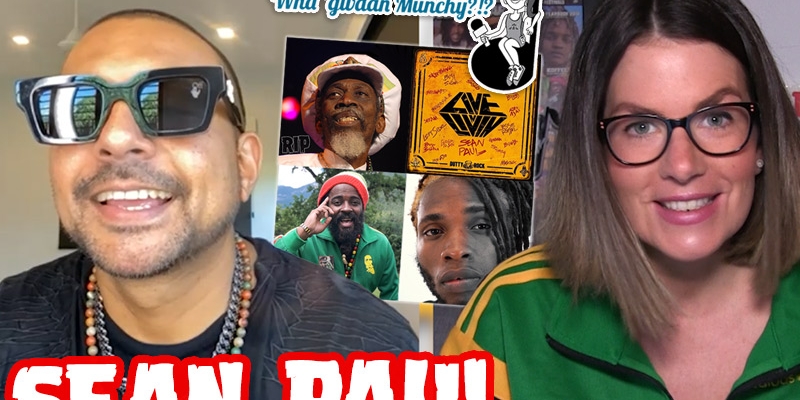 8 years after his first appearance at Wha’ Gwaan Munchy?!? Sean Paul returned to the show to talk about his massive new Dancehall album Live N Livin, about bredrins, bullets, bus driving, and why there is no female artist on his album, but 21 males. Additionally we introduce our new video segment on Reggaeville called In The News, we remember U-Roy and Bunny Wailer, introduce new releases from artists like Jaz Elise and Gentleman’s Dub Club and we celebrate the success of Teacha Dee’s Rastafari Way that will be featured in the upcoming James Bond movie.