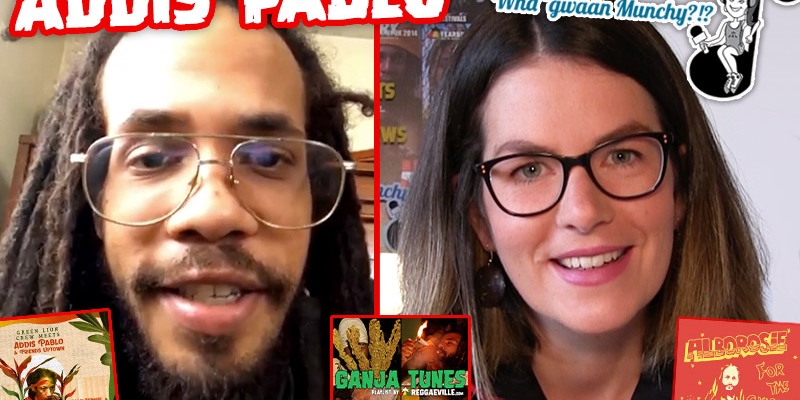 Addis Pablo teamed up with Green Lion Crew and artists such as Micah Shemaiah and Medisun for a new riddim project paying homage to the great works of his father Augustus Pablo. The Jamaican melodica player tells us all about the recreation and release of the Cassava Piece riddim that drops on April 23, and shares more memories of his legendary father and how his sound influenced the family, because also Addis’ sister Isis joined forces for the Rockers International brand. New releases also include works by Alborosie, Million Stylez and Costa Rebel, Publik Report and together with Rekall, Million Stylez and Reggaeville we celebrate 4/20 in this very green episode of Wha’ Gwaan Munchy?!?.