Blog - Latest News
You are here: Home1 / Munchy's Yaad2 / Family link up at Munchy’s Yaad with Runkus and Determine 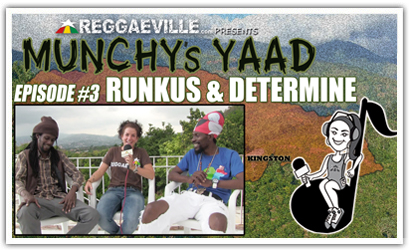 Most times Runkus introduces himself as Paula Son, but to Munchy’s Yaad he didn’t bring his mother but his father, who is no other than dancehall star Determine. Following the footsteps of the 90s hitmaker the son is also making music. To find out how that sounds, you can enjoy the jam of his latest single ‘Victims’. What else Runkus learned from his father and what Determine thinks of his son’s works is to hear in the intense talk at Munchy’s Yaad.

Straight from the island: Riddim #79