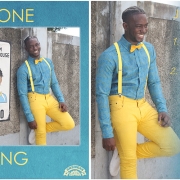 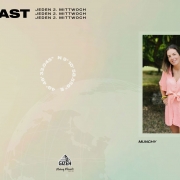 After three well-received singles we are happy to announce the release of Jerone’s first EP entitled Rising on December 4, 2020. Five tracks all produced by Alex Drummie for Real People Music range from rocksteady to classic one drop and modern roots reggae, and show the diversity and skills of young talent Jerone Riley. His lyrics about love, self-confidence and own identity, as well as friendship and trust are deep and touching stories everyone can relate to and were written by the gifted singer from the Waterhouse community in Kingston, Jamaica. Besides guest artist Evie from the No-Maddz, who is featured on the opening track The Search Is Over, the EP unites prolific and prestigious instrumentalists from Jamaica and Germany, and veteran musicians such as Errol “Flabba” Holt of Roots Radics and Franklyn “Bubbler” Waul of Black Uhuru. Until the final release, fans can already enjoy the previously released singles Brother’s Keeper, Give Me A Minute and Keep You Safe.

Because “real know real” it was really just a matter of time until the Keep It Real Crew would invite the producers of Real People Music to their popular podcast. For the “spontaneous anniversary”, the 25th episode, Munchy joined the series to talk about Reggae journalism and the industry, Jamaica, sexism, the works of Real People Music, and eventually her favorite food. Talk di tings with Munchy is free to listen to on Soundcloud and so are all the other very intriguing 24 episodes of the Keep It Real podcast.